Failed invasion of Japan by Mongols

The mighty Mongols failed to invade Japan, twice. It sounds more bad-ass when you realize that in both cases, a freak storm was responsible for their failed invasion of the Japanese Empire.

Many of us know about Kublai Khan, who was the grandson of the legendary Mongol king Genghis Khan, who seemingly wanted the entire world as his backyard. So he set about invading everything he set his sights on, one kingdom at a time. 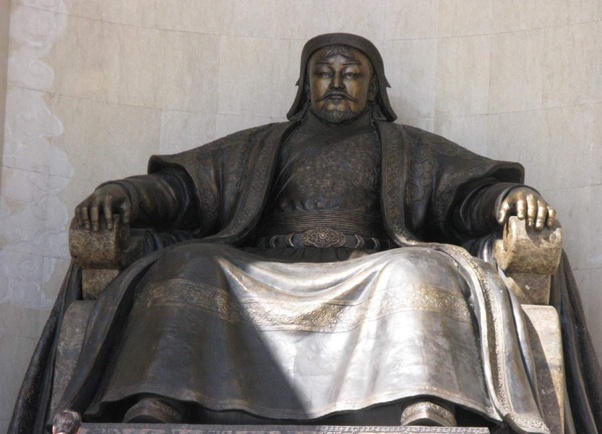 After capturing a lion’s share of China and bullying Korea into paying a ransom, Kublai decided to raid the Japanese Empire. Invading a country as rich as them would add a massive credential to Kublai Khan’s achievements, not to mention the limitless resources he’d be able to salvage from the island empire.

He sent many messengers to Japan to force them into paying a tribute amount to avoid war, but the proud Japanese ignored them all. So Kublai amassed a huge army of 30k+ soldiers and 500+ ships to invade Japan, while the best Japan could do was set up 10k samurais to help defend their empire. Finally in 1274, Mongols attacked the Japanese. They landed on Kyushu and easily overpowered the weak Japanese army on the 1st day of war. Then that night, a freak storm appeared out of nowhere and decimated the Mongols’ entire fleet (almost) and killed nearly 1/3rd of the army. Taking this as a sign of bad luck, they left immediately to nurse their wounded, ending the war abruptly. Then in 1281, 7 years after the original invasion, the Mongols decided to try invading Japan again, this time taking a massive army of 130k+, 30 times the 1st invasion. This time, although the Japanese awaited them with improved army and coastal fortifications, the Mongols still outdid them.

Then, as on cue, the typhoon appeared again. The Mongols were flabbergasted and decided to make a run for it. The mass confusion let to their ships crashing into each other, with the typhoon making a meal out of the Mongol army. In the end, half of the army was destroyed, and those who made it to the coast were slaughtered by the Japanese.

Kublai Khan managed to survive along with a handful of soldiers and ships. He picked up his ass and escaped back to his homeland, mentally making a note to stay away from Japan forever.

By pure luck, the Japanese were saved twice from being captured by arguably the most feared army of that time. Not many outside Japan know about it as it occurred a long time ago, but it is one of the biggest events in the Japanese military history.

They coined the term ‘kamikaze’ from these events, meaning ‘divine wind’.