Single Fire – $100 million’s worth of damage 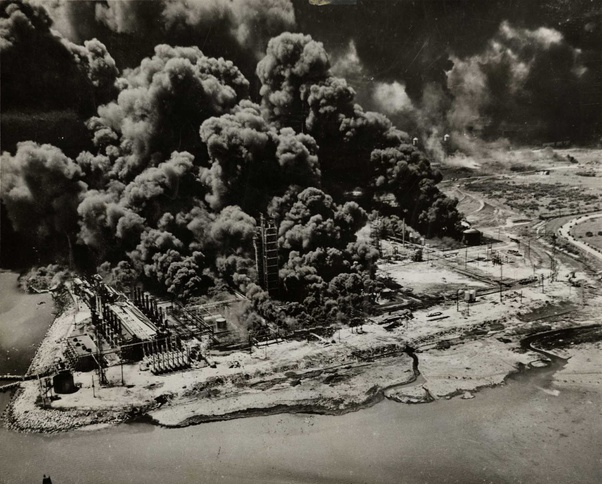 The Grandcamp was a US ship that served in the Pacific theatre during World War II, but was left stationed in reserve at Philadelphia after the war. As a Cold War gesture, the ship was assigned to the French Line to assist in European rebuilding efforts. On the fateful day when the ship was docked in Texas City, it was carrying twine, machinery, ammunition and most importantly of all, ammonium nitrate. Another ship docked two-hundred metres away from it, the SS High Flyer, was also carrying hundreds of tons of ammonium nitrate and well over a thousand tons of sulphur.

On the morning of the disaster, smoke was spotted in the cargo hold of the Grandcamp and efforts were made to try and extinguish the fire they discovered, but every attempt failed and the flames continued to burn. An hour later, the captain ordered his men to steam the hold; this firefighting method was used to preserve cargo by filling the area with steam instead of drowning everything in water. Again though, it was ineffective, and believed to have perhaps made the fire worse as a result of the increased heat.

Spectators were drawn to the site, believing they were at a safe distance. After a while, the steam pressure blew the hatches open and yellow-orange smoke billowed out. The unusual sight attracted even more spectators but by this time, the fire was reaching a critical point — it was so hot that the water around the ship was boiling from the heat, and water splashing onto the hull was vaporised into steam instantly. Following that, the cargo hold and deck began to bulge until 9:12am, when the rising heat and pressure hit critical mass.

The ship detonated and caused an explosion so big that it produced a 4.5 metre wave that could be seen a hundred miles away, destroyed a thousand buildings as well as a chemical plant, igniting its refineries and chemical tanks. This GIF captures the moment of the enormous explosion: 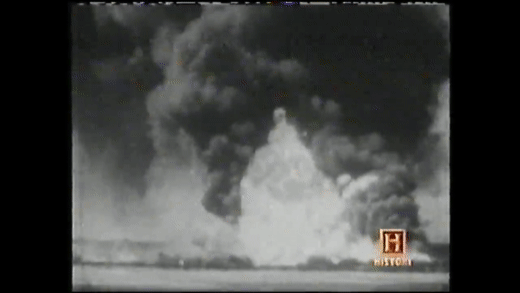 Thick, black smoke engulfed the sunlight, shrouding the area in darkness, and flaming twine rained down from the sky. The ship’s anchor was hurled across the city and left a three-metre crater upon landing, two aeroplanes in flight were brought down as their wings were shorn off and even ten miles away in Galveston, half of the windows in the area shattered. 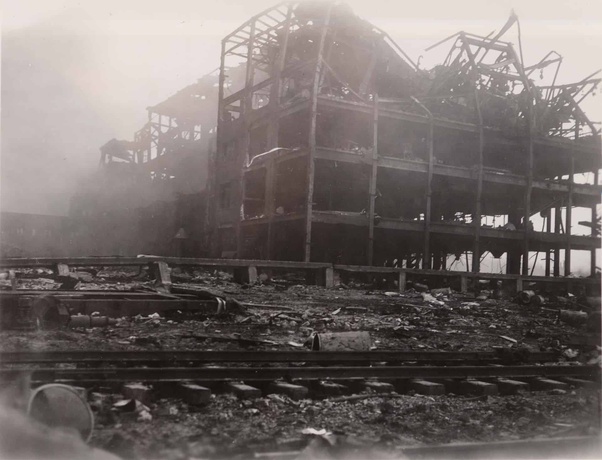 It didn’t stop there either. 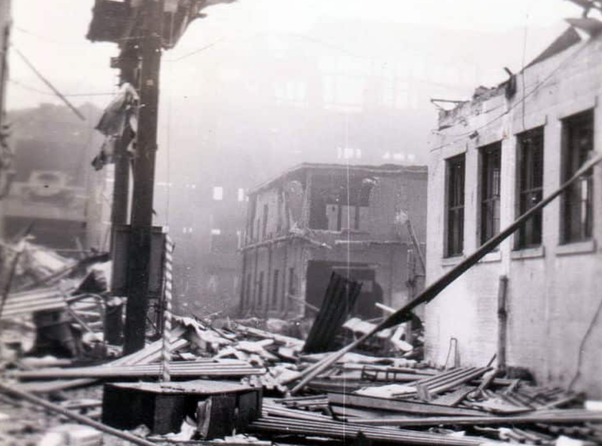 Over 5,700 tons of steel shrapnel was blown into the air at supersonic speed and the explosion ignited the ammonium nitrate on High Flyer. Crews spent hours trying to move the ship, without success. Five hours after smoke had begun pouring out of the ship and about fifteen hours after the Grandcamp’s explosion, High Flyer exploded too. Another nearby ship was demolished: 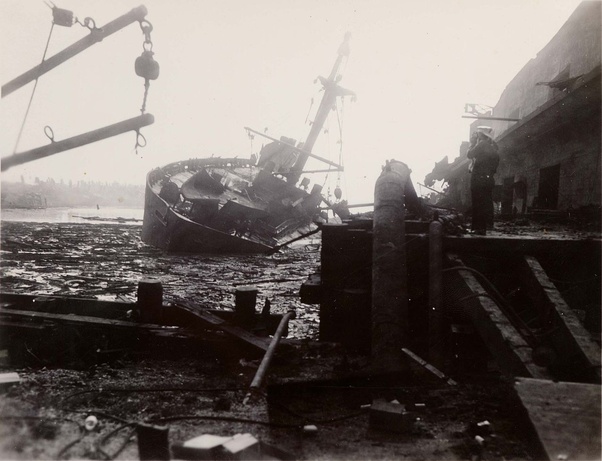 more shrapnel was blown into the sky and the ship’s propeller was thrust a mile inland. 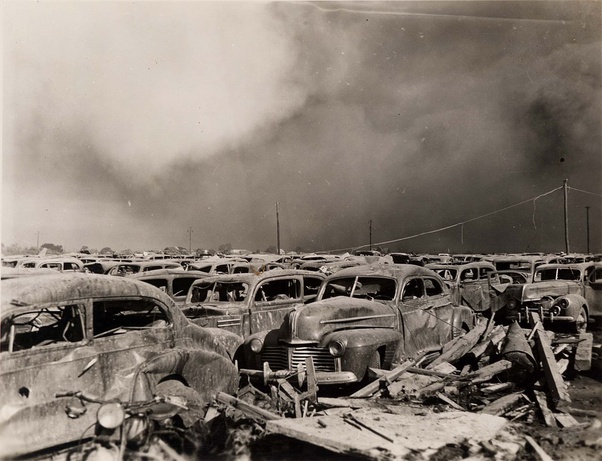 It was the biggest industrial accident in American history, with over 5,000 people injured and nearly 600 killed. Over 500 homes were destroyed, leaving 2,000 people homeless. The seaport was destroyed, businesses were flattened and well over a thousand vehicles were destroyed. The whole disaster triggered the first ever class-action lawsuit against the US government.

Today, there are a number of memorials to the catastrophe and the aforementioned anchor and propeller form part of them: 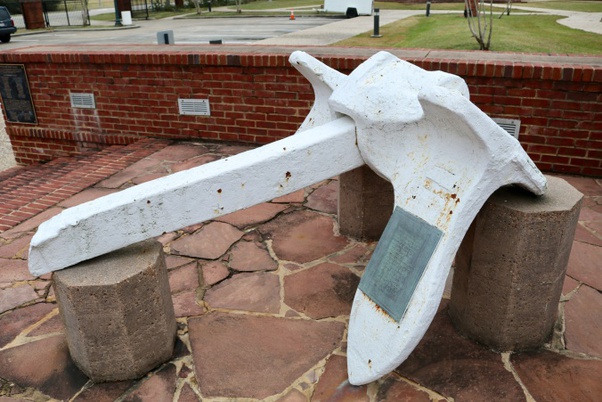 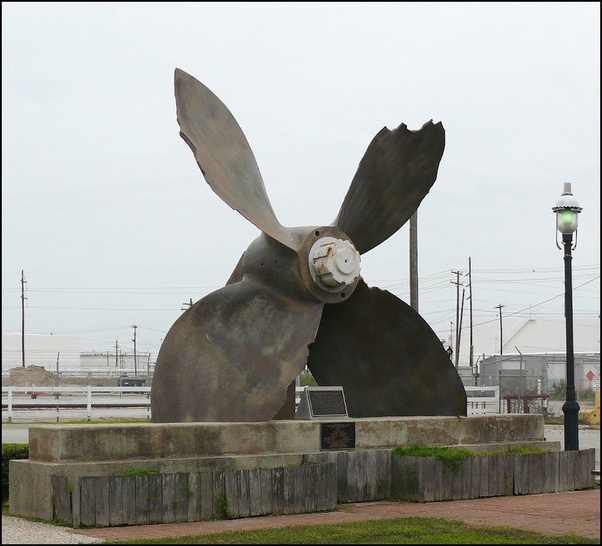