What do you picture when you think catapult? Probably something like this. 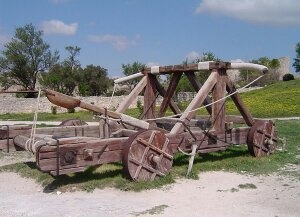 Well, if you did, you’d be wrong. Not only is thing not even a historically accurate catapult (the ballista-like crosspiece was never used on catapults), but it is WAY too big. An actual catapult looked more like this. 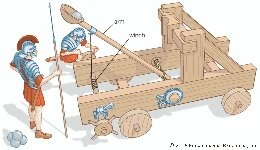 Shorter than a person, and mesnt to throw stones easily smaller than a human head.

“But if that’s true, then it could never knock down castle walls!”