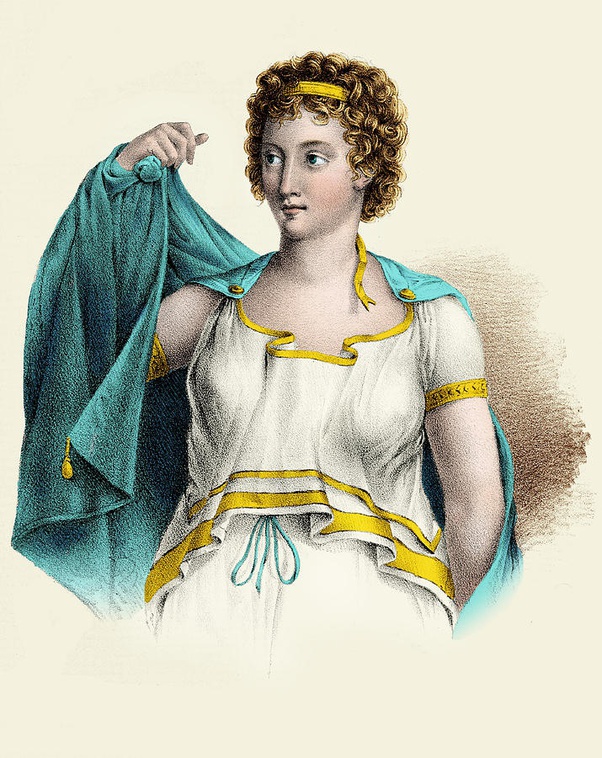 This is Agnodice, a Greek physician, mainly obstetrician.

In 4th Century BC, in Greece where women were prohibited to study and practice medicine, Agnodice who was appalled by the number of maternal and perinatal mortalities, wanted to study medicine to help women survive labour.

But sadly, Agnodice was not a man. But this did not deter her. She cut off her hair, dressed as a man and travelled to Alexandria to study medicine under Herophilos of Chalcedon. She studied all she could in the guise of a man and returned to Athens to put into practice all she had learnt.

In a society that valued female modesty in all forms, a lot of women refused a male doctor to conduct their labour and hence died in childbirth. When the news of Agnodice, still disguised as a male but was, in fact, a female spread along with the female community, a lot of women asked her to be there to see them through their deliveries.

To other practising doctors, it seemed suspicious for women to seek advice and care during their pregnancy by Agnodice, whom they considered as a man, but still refuse their own expertise. They believed that Agnodice was seducing the women into treating them and was hence brought in front of the jury.

She could do nothing to prove her innocence except to show the most obvious proof that she was not seducing other women. She pulled off her robes, in front of the whole jury to show that she was a woman! (In that century, like what a badass, right!!)

She might have disproved that she was seducing her clients (she is a woman herself) but the men who brought her to court were outraged. How dare a woman to practise medicine, disguised as a man and that too right under their noses! The action was heinous. And in those times, women were prohibited to study and practise medicine and was in fact deemed a crime, punishable by death. So she was sentenced to death.

When the news of their trusted obstetrician sentenced to die reached the general mass, a lot of women, including wives of the people in power, rallied their way into the court to protest and demanded her to be released. Unable to deter this angry mob of women who wanted to protect the physician who had saved countless mothers and their neonates, they decided to change the law. Since then, women were allowed to legally study and practice medicine.

Since then, Agnodice has been an icon in Medicine, signifying female equality in the field of medicine. She was the first female physician to have ever been acknowledged in those times.

It is still debated if she was a real person or something people made up but every single time I come across something regarding Agnodice, something in my chest just expands in pride for this woman who has paved the way into the field of medicine for women like us. She may not be real, but for me, she is one hell of a badass woman. Truly an icon.