Women’s buttons are on the left side, while men’s are on the right side. Don’t believe me. Look at the pictures below or you can run to your room to check it.

This is a men’s shirt. 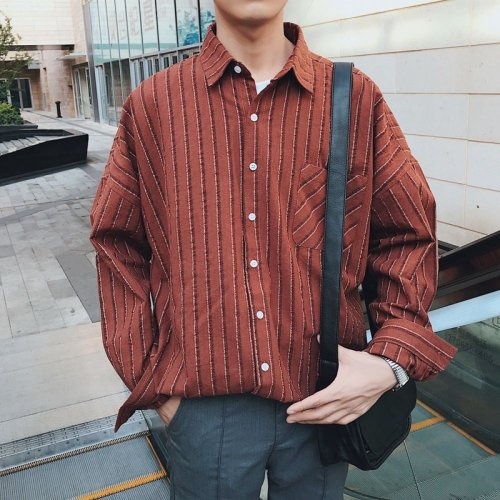 This is a women’s shirt. 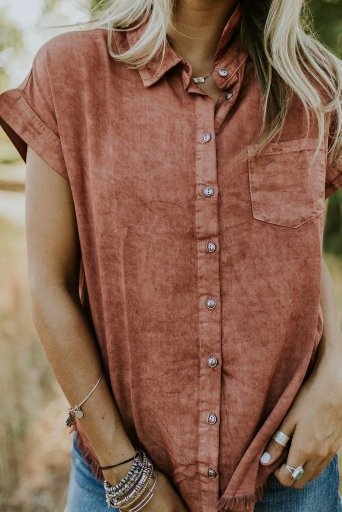 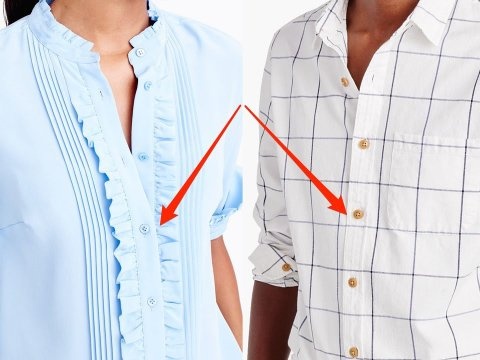 There are various theories regarding it but mostly it’s historical. The most accepted theory for women as given by Melanie M. Moore, founder of women’s blouse brand Elizabeth & Clarke says,

When buttons were invented in the 13th century they were, like most new technology, very expensive. Wealthy women back then did not dress themselves — their lady’s maid did. Since most people were right-handed, this made it easier for someone standing across from you to button your dress.

Also it is said that women held their babies on their left hands, so they needed their right hand to open their shirt buttons for breastfeeding. Another says, wealthy women rode horses in the past so having the buttons on the left would reduce the amount of airflow entering ladies’ shirts.

As for men’s shirts, there are a few competing theories. Chloe Chapin, fashion historian and Harvard University Ph.D. candidate in American studies says,

I think it’s important to question which time period we’re talking about, since shirt and jacket buttons are a relatively new phenomenon. But as a general rule, many elements of men’s fashion can be traced back to the military. Once again, the right-handed assumption played a role since “access to a weapon practically trumped everything,” noting that a firearm tucked inside a shirt would be easier to reach from the dominant side.

If a jacket buttoned right over left, the handle of the sword would be likely to catch in the jacket opening when drawn, so any serious swordsman would demand a tunic which buttoned left over right. As an indication of a masculine lifestyle, this tradition was then extended to other items of menswear.

Another theory for this tradition given by Chapin is,

In the 1880s, it was fashionable for women’s clothing to look more traditionally masculine. However, it was illegal in many places to be dressed like a man in public, so perhaps having a difference in buttoning confirmed that you were wearing a female dress.

There is no hard and fast rule to make shirt buttons on opposite sides. But people continue this little tradition of the past. No one really knows the exact reason but one thing is clear. Button fashion stood the test of time.